A question of technology

Equipped with the best ideas: Depending on the range of their products our customers can use different technologies for the production of homogeneous sand moulds. The essential step towards the economic manufacture of high quality castings.

What counts is the mould: AIRPRESSplus technology from KW.

Faster, better, more efficient than ever for the hardest sand mould experience: precompaction using TWINPRESSplus. Here the pattern presses the sand upwards against the rams from below, causing an increased density in the vicinity of the pattern plates and allowing utilisation of the pattern plate edges. This is followed by final compaction from above. Completely new thereby is the patentpending stroke adjustability.

Complex pattern contours are depicted in the best possible manner and display the same strength for all flask formats: The outcome is convincing.

Ready for the future: KW-TWINPRESSplus – Adapt contours, selfregulated pressing-in of supporting cylinders, final compaction in the most modern form. 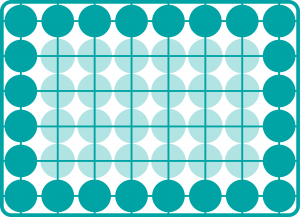 Divided into individual pressure circuits, this method offers freedom in the parameterisation of the squeeze forces and time lag between the different pressure circuits. The moulding machine can be set differently depending on the pattern contour. In the case of a recessed pattern, the pistons advance rapidly from the centre; in the case of a raised pattern, those at the edge. For the majority of applications, the use of this compaction stage alone ensures an optimum mould.

When the situation deals with intricate moulding patterns, for instance patterns with considerable differences in height along with complex contour, heavy sand risers, KW AIRPRESSplus technology has proven itself extremely well on an international scale. A strong air pulse is applied to the sand, leading to a compaction front through the sand to the pattern plate. This kind of compaction ‘in a flash’ is available only at KÜNKEL WAGNER.